Time for a quick update.

Things have still being pretty busy for me over the past few weeks, I won't bore you all with the details so onto what's been happening.

I'm pleased to report I've had a really good script writing session today, and things are coming to a close. So much so that if I have a session as good tomorrow I'm confident it'll FINALLY be complete.

I've spent some more time on the storyboards, which shall form the basis of things when we go into full production of the episode. I've also being working on some new character designs, aside from the main characters, so I hope to have them up soon as well.

Unfortunately, Adam's being pretty busy as well so he hasn't gotten too much done on the 3D front either. I'll have a dig around the archives, because I still think there are a few images I haven't posted on here yet, so at least you'll have something new.

That's it for now.

A background ship of the DY lineage. 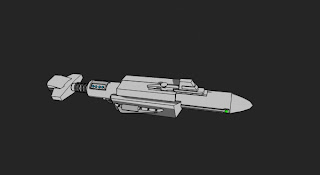 A Klingon freighter, which shall play a key plot point in the story. 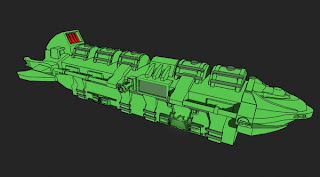 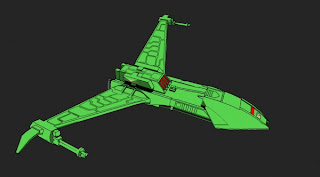 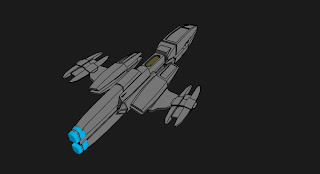 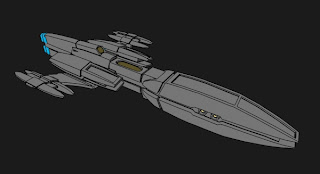 And finally, a couple of other items. 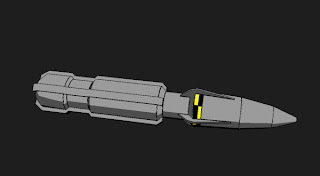 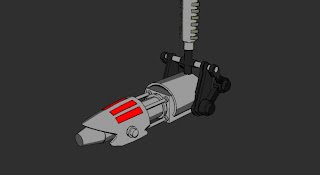 It’s been nearly four weeks since my last update, I know I promised to report more frequently, but to be honest there hasn’t been all that much to report on. However, that’s not to say there’s not been progress, on the contrary, things are going extremely well.

We’ve got several new tests done, bringing us one step closer to the trailer are things are looking good.

Your new Klingon Birds of Prey are excellent - I'm particularly impressed that you and Adam have included the smaller BoP, that's a rare ship. Are you planning to release 4-view schematics of the two Birds of Prey like the other ships you've done? I'd love to see them and would very much like to include those too if so - though I realise you're both probably very busy!

No plans for the immediate future. Honestly, we need to focus our attention to areas of more concern; the thing is I did those schematics to help me get better results in constructing the models. Adam somehow manages to get great results without anything much more than screencaps from the show itself. So they’re not really needed anymore now that he’s on the case. Perhaps in the future when time allows I’ll do some based on the models themselves, which will be far easier.

If anyone has any questions about the project, don’t hesitate to ask.

That’s it for this update, but I hope to upload some new pics later today.
Posted by Joe Hodkiss at 02:53 No comments:

The script is currently clocking in at around 60%, although as I post this I've only just started today's work on it, so I'm hoping to be encroaching on the 70% mark by tomorrow. Adam has some new pics ready, but I'm going to hold off posting them for now (it’s always best to save the pics for when there isn’t much else to report on).

More significantly, last night I did some of my first work on the storyboards of the first episode. I've had a pretty good indication of what the Teaser would look like since even before I started work on the treatment, so it's pretty safe to say it's not going to change in the time it takes me to complete the script.

This is quite significant since as far as I can recall pretty much the first work I’ve ever done with storyboards. Unless of course you count some of the old comics I used to draw back when I was a kid.

As of now they're looking pretty good, I've worked out a good template from which to take things from, and the work went pretty smoothly. These are good indications that the storyboarding process should go relatively smoothly once the script is complete, and ultimately means the episodes will get done quicker.

What’s on the horizon, as far as the project is concerned?

Well, Adam Kopala our 3D artist has being steaming ahead with his work on the 3D side of things. Right now, I’d say nearly all of the quota for the models required for the first episode have been completed, are nearing completion, or work has already started. This bodes extremely well as far as the trailer is concerned, and I fully expect animating of those shots required for it to begin within the next week or so. So the trailer itself may be right around the corner.

On my side of things, obviously the script is still underway at a steady pace. If everything goes well within the next couple of days I plan on just throwing a whole day’s work just into the script, which should hopefully bring it to completion.

I’m also working on a new 2D test animation, depicting a walk sequence, which I also hope to have completed soon, and to when complete will likely appear in the trailer.

That’s it for now.

Nothing too much to report on, only that I'm definitely over fifty percent through the script, and here are some new images from Adam.

And we have a test video uploaded on YouTube.
Posted by Joe Hodkiss at 19:14 No comments: 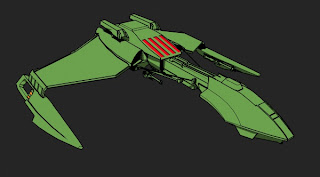 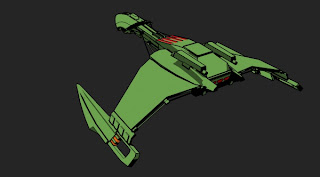 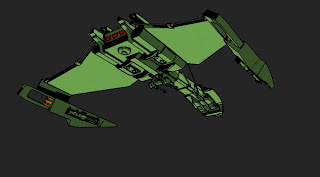 Small Bird of Prey - this is the Klingon Augment vessel seen in 'Affliction' and 'Divergence'. 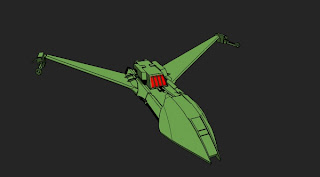 As you can probably guess, this episode features the Klingons heavily. All credit for the images on the last few updates goes to Adam Kopala.
Posted by Joe Hodkiss at 02:31 No comments:

As promised, despite being a couple of days later. Here are some of the in progress 3D work.

There's plenty more than that, which I'm saving for later today.
Posted by Joe Hodkiss at 00:10 No comments: